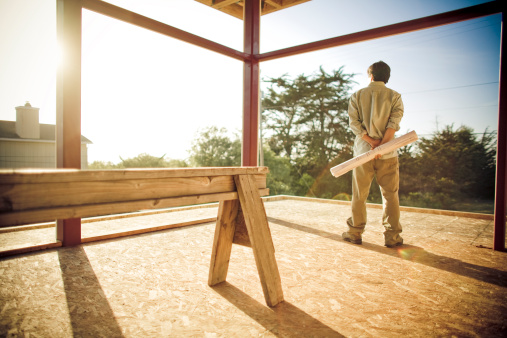 Most development finance lenders require a certain level of experience to enable them to seriously consider a proposal. However, some lenders are more flexible in this regard .

Most development finance lenders require a certain level of experience to enable them to seriously consider a proposal. However, some lenders are more flexible in this regard and will take a view, given a certain level of comfort. This is the story of a tenacious entrepreneur who wanted to embark on a career as a full-time property developer, but hadn’t done any ground-up development before.

Our client was an amateur property investor who previously only had experience in refurbishing small houses to ‘turn’ for a profit. He came to us around four years ago with a really strong presentation for a perfectly viable development project, which consisted of two relatively small, new-build units. However, he was not only lacking in experience, but also in any significant cash to bring to the project.

We introduced a private funder who had previously funded development deals at a higher loan to cost than the norm – on the basis that the project suited his tastes and if it was fairly local to him. Fortunately for our developer, his project ticked both those boxes. The presentation was strong enough to enable the funder to make a commercial decision and progress matters, despite the applicants’ lack of development experience.

The development went according to plan, but despite being delivered on time, and within budget, the developer didn’t make much of a profit following the sluggish sales of the units, but he had importantly gained experience.

The next project was in the same location, but this time slightly more ambitious, being four new-build houses, and already part-complete as the previous developer had run into difficulties. The same funder which provided the clients first development facility agreed to fund again to enable the project to go ahead, but this time as there was more cash going in from the developer and the success of the first development, meant he had the confidence of the lender, the cost of finance was negotiated down, and a good profit was made.

Now, given a decent track record and a cash contribution which enabled the developer to access the next tier of lenders, the increased potential financial reward for the developer was now even further encouragement to maintain the standards he had set himself and focus on presenting and delivering a solid proposition. Sensibly, he kept the next development to a similar size as the previous one (this time five units instead of four), and used the same reliable contractor and professional team to ensure a smooth build programme.

Some four years later, and now with sufficient funds to purchase his next site outright, a demonstrable track record, and a decent reputation locally, he can now access the cheaper lenders who will only consider professional and experienced developers. The ‘brand’ is established, and the company accounts show a strong net worth.

So there are lenders out there who will fund small projects for first time or amateur developers, provided the scheme works, and the applicant comes across as a professional person who has done their research and can back up their appraisal with supporting information. A development finance broker can help identify contractors, project managers any other professionals required to ‘bolster’ a development finance proposition. First impressions last, so the initial presentation to the lender can determine the accessibility and the cost of development finance.