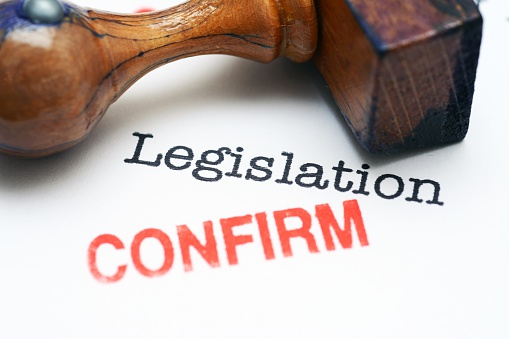 The government has confirmed that permitted development rights (PDR) will be made permanent after Housing and Planning Minister Brandon Lewis announced the move in October last year .

After being laid before government last week, an amendment to Article 7 of the General Permitted Development Order makes permanent the existing temporary right to change a building used as an office into residential use and comes into effect on 6th April 2016.

A new temporary right to change a building in light industrial use to residential use has also been created.
The order includes a new condition which allows local planning authorities “to consider noise impacts on the intended occupants of the development”.
It also specifies that proposed changes will have to be completed within three years of approval.
Another amendment requires a developer changing a building to residential use to supply the local authority with a statement specifying the net increase in the number of houses proposed by the development.
Jordan McBriar of Adapt Finance, said the benefits are exponential to everyone involved, generating more opportunities for developers, more expansion for lenders and more homes for end users.
“What’s not to get excited about?” said Jordan.
“I believe the lenders will be very excited and will move heavily into the market which could cause 'inter-lender' competition which will either result in stupendously exciting products or potentially see the lenders who have access to the cheapest funds being preferred, which may not actually be the best option for the clients.
“We have been very fortunate to have certain lenders stick with us through the uncertainty. I believe, albeit they may not be the cheapest, if the ‘inter-lender’ competition instigates, but their experience of being under pressure and their commercialism towards these projects will, for me, far outweigh the odd cheaper rate.”
John Waddicker, Director at Positive Commercial Finance, added: “Following the announcement, I’m sure those lenders who were still being cautious with PD will be more willing to consider schemes, now that the uncertainty appears to have been lifted.
"I expect we will now see an influx of more enquiries and applications for PD schemes, and whilst funding options will have increased, the location and indeed appearance of a lot of commercial buildings will rule them out from a common sense perspective."
Scott Marshall, Director at Roma Finance, said this was the next logical step in the permitted development rights story and it also had a happy ending.
“As well as office buildings being converted to residential dwellings, it's good to see light industrial being permitted too.
“Hopefully, these new rules will open up further opportunities for developers to fulfil the needs of housing near places of work. If they are turned into HMOs (houses in multiple occupation), then this potentially increases the yields for landlords too.
“For bridging and development lenders, we could now see some new products and underwriting guidelines specifically for this kind of scheme."
Mark Posniak, Managing Director at Dragonfly Property Finance, concluded that office to residential conversions was an area with a huge amount of potential.
“We have funded a number of office-to-resi projects over the past two years and, once we have studied the small print and are happy, will potentially fund many more in the future,” said Mark.
“There needs to be innovation to solve the fundamental issue of housing supply and facilitating more office-to-resi projects is a step in the right direction.”
To read the newly-published General Permitted Development Order click here.

The government has taken “important steps into championing consumers' rights in housing”, according to a leading industry figure in response to the creation of a new homes ombudsman...

More than one million homes which have been granted planning permission in the past decade have not yet been built, according to the latest research...

Savills has announced that a habitable ‘super slender’ tower in Birmingham has been granted planning permission...

Lendhub has announced that it will now offer mezzanine funding following the completion of a £1.6m mezzanine facility...

Say it in hushed tones, but there’s an air of positivity around the development finance market...

Octopus Real Estate has agreed to provide a £29.6m loan to property developer Matching Green for the ground-up development of a mixed-use site in Bermondsey, London...

LendInvest has funded a £12m development finance loan in under eight weeks...

Fruition Properties has secured planning permission and a £4.6m refinancing package for a prime development in Chiswick, west London...