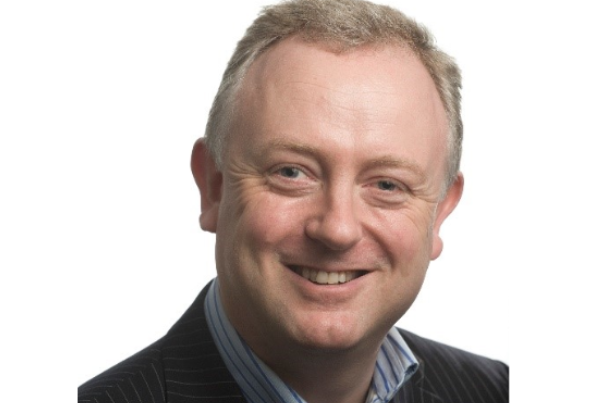 Housebuilding – or in some ways, the lack of the right ‘types’ of it – has been a topic of much hot discussion in the last 12 months, and it is one that is likely to get hotter still as we move into the new year.

From the impacts of Brexit, the effects of higher stamp duty, price setbacks in the capital and the general housing crisis in its various forms, there are a number of issues set to affect developers in 2018.

While much of the attention in recent months has been on London and its shortage of affordable housing, price falls at the higher end and the excess pipeline of £1m+ flats, we feel the outlook for the wider regions is far more positive. All economic factors being equal, house prices in the wider South East should remain fairly firm, and the picture as we move further north is even more positive. Following a strong year of price growth for developers in 2017, we expect to see this continue in most areas outside central London – including the Midlands and North of England – particularly in the city centres and prime commuter belts.

Although the recent base-rate rise appears at first sight to set a new trend direction, it is entirely possible that negative economic factors outweigh positives this year. This could lead to interest rates remaining flat or even possibly having the next move downwards again by 2019 if Brexit negotiations don’t work out well. Weak wage inflation data also suggests that the Bank of England was perhaps a little hasty in raising rates when it incorrectly anticipated a surge recently. In addition, inflation will likely peak before starting to fall a little over the course of the year, taking further upward pressure on rates away. On balance, we would expect no change in rates this year as being quite a likely outcome, which will assist developers and their sales levels.

When it comes to new developments, we feel off-site manufacture in housing will become much more of a topic of conversation this year, as more people discover its speed, quality and cost advantages. This is unlikely to have a material impact on housing sales in 2018, but this will certainly be the year that many developers do the research on new and quicker ways to build quality housing.

We also expect to see an increase in government support for new factories building timber-frame panels, and potentially supporting some overseas house manufacturers opening new factories here in the UK. We expect the lessons learnt from Sajid Javid’s visit to manufacturers in Germany and the Netherlands early in 2017 to play a key role in this, as well as his wider responsibilities now that ‘housing’ has been added to his title in the recent cabinet reshuffle.

Similarly, we expect local governments across the country to be increasingly involved in housebuilding again this year, with council houses becoming a more active topic. It would certainly be good to see local authorities prioritise existing government funding to spend on housing rather than commercial investment property. While it is perhaps too early to see a return en masse to council housebuilding, it is likely that we will see some strong government-backed flagship schemes announced this year.

With the recent first-time buyer stamp duty land tax cut, we also expect housebuilders to begin to shift their focus down the size scale further towards starter and second-time buyer homes than in the last few years. This sector has cross-party political support and will likely become a major political football for the next couple of years with both carrots and sticks talked about to get developers building more volume at the bottom of the market.

Despite ongoing macroeconomic uncertainty, there is much to be optimistic about in 2018. Appetite from homebuyers, particularly in the regional markets and at sensible prices, remains strong, while the integration of off-site construction techniques has the potential to radically improve build-speed, standards and costs. With a continued need for quality housing – and funding more easily accessible than for many years – we expect to see a strong year for property development in the UK.

The housing secretary Robert Jenrick got the year off to a strong start when he announced that the government would be making £1bn of funding available through a guarantee scheme to help smaller housebuilders get their projects off the ground...

The Property Industry Alliance (PIA) has published a framework which aims to advance the social, environmental and economic benefits of responsible business practices across the real estate sector...

Annual house price growth continued to increase in February, rising to 2.3% from the 1.9% recorded in January, however it has been claimed that the possibility of the coronavirus hitting the financial markets could have an impact on property confidence...

Real estate investment manager LaSalle Investment Management has issued a £106m loan facility to finance the development of two retirement villages in the South of England...

Octopus Real Estate has provided an £8m loan to wealth performance management firm Prydis in support of the latter’s acquisition of a former House of Fraser store in Exeter...

Goldman Sachs Merchant Banking Division and the Wellcome Trust have announced the sale of iQ Student Accommodation to Blackstone for £4.66bn, subject to regulatory approvals...

I am often asked if the North West is the ‘place to be’ in terms of new developments and housing...