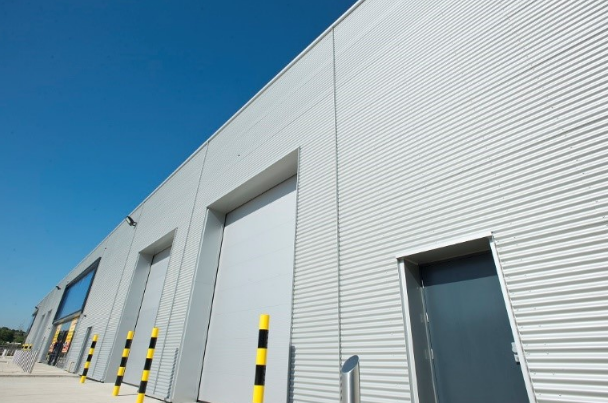 The group has created six new speculative ‘R-evolution’ units totalling 56,549 sq ft as part of the latest phase of its ‘R-evolution @ the AMP’ development.

The advanced technology park – which occupies 740 acres – is aimed at leading advanced manufacturers from industries including aerospace, defence, construction, automotive and sport.

Over 1.2 million sq ft of employment space is fully occupied by companies including Boeing, Rolls-Royce, McLaren Automotive and British Steel, with more than 750 homes built.

David Travis, director of business space at Harworth Group, said: “Another six completed units have been delivered to the highest quality and I want to express my continued thanks to both JF Finnegan [Harworth’s principal contractor] and our appointed project team for a job well done.

“We are now focused on promoting these units for immediate leasehold occupation to advanced manufacturing and engineering companies, who wish to be part of the collaborative cluster of high-value occupants that has been successfully established at the AMP over the last decade.”

The scheme is being marketed by jointly approved agents Knight Frank and Gent Visick.

Rebecca Schofield, partner at Knight Frank’s Sheffield office, added: “Harworth Group’s commitment to delivering space on a speculative basis specifically for the advanced manufacturing sector has clearly been welcomed by the occupier market and we continue to see good levels of interest.

“The units are designed with flexibility to satisfy a variety of occupier requirements.”

Investec to lend £17.5m to fund PBSA development in Bloomsbury

Investec Structured Property Finance has agreed to provide Scape with a £17.5m senior loan to fund the acquisition and development of its Thanet Street scheme in Bloomsbury, London...

Rheebridge has announced that it has sold its 50% stakeholding in Laragh House Developments to Houghton Homes...

Legal & General has announced that it will make all of its new housing stock operational net zero carbon enabled by 2030...

Vistry Yorkshire has warned parents of the dangers construction sites can pose, with children having more time on their hands over the summer months...