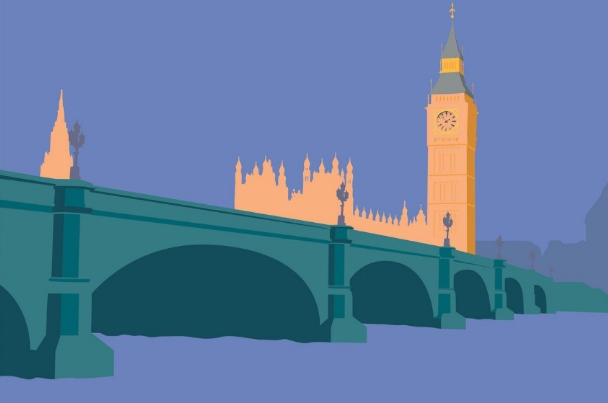 The 2018 Autumn Budget – which takes place today (29th October) – will be delivered by the chancellor of the exchequer Philip Hammond.

Development Finance Today approached a number of leading figures in the development finance industry to gain an insight into their hopes for today’s announcement.

What key initiatives would the industry like to see announced to support the development market?

Michael Dean, principal at Avamore Capital, said that he would like to see more money awarded to housing associations to build more affordable housing.

“Possibly, and even more importantly, I’d like to see more money given to planning departments so that they can be properly resourced and the planning system can move faster.

“We have seen with a number of our clients … that local authorities’ planning departments are highly underfunded or under-staffed and it can take over a year to get a planning decision, even for a medium-sized project.”

“Currently, there is a feeling of ‘what if?’ in the market with the impending exit from Europe.

“It is important for the government to implement measures that give developers the confidence to carry on building.

“The government [has] clearly been targeting first-time buyers with Help to Buy and removing SDLT [stamp duty land tax] up to a certain level.

“Developers would like Help to Buy extended beyond 2021 so they have a defined exit prior to the commencement of works.”

Steve Larkin, director of development finance at LendInvest, added: “Looking past the obvious concerns around Brexit that are dominating market dialogue at the moment, I am confident lenders and borrowers alike would love to see an overhaul of the planning system.

“New policy that makes the system easier to navigate, less clunky and provides support for developers who wish to get building would also assist with the 300,000 annual housing target."

Andrew Clissold, property partner at London law firm Joelson, said: “Clarity on Help to Buy after March 2021 would be high on the wish list of many developers ahead of the Budget.

“It has been a key policy that has helped support the development of schemes up and down the country and, in turn, enabled thousands of households to take the first step on the housing ladder.

“March 2021 may seem a long way off, but it isn’t in the context of a development’s lifecycle, and developers need clarity sooner rather than later on the future direction of government policy in this area.”

Andrew Robinson, CEO at Arc & Co, said: “If, as expected, the Help to Buy deadline date is extended, then this will be [a] positive for the development market.

“However, if the government introduces a higher stamp duty percentage for international buyers, then this will deter buyers and narrow the pool the developers can sell to.”

Mark Homer, co-founder of Progressive Property, claimed that news that the Tories were considering introducing a relief for landlords selling rental properties to long-term tenants had been met very positively by landlords and tenants alike.

“Potentially to be included in the Budget [today], this new boon for tenants will remove capital gains tax from these disposals.

“This is likely to encourage landlords to sell existing properties to their tenants and even create new rent-and-then-buy type developments, where landlords and developers are incentivised to create new stock [especially] aimed at being initially rented then sold to tenant buyers.”

Sue Andrews, business and HR consultant at KIS Finance, added: “Given the chancellor’s statement last November that housebuilding was the number one priority, the sector is anticipating that this autumn’s Budget will continue to focus on actively supporting the development industry.

“Any further enhancements to the initiatives introduced last year to encourage first-time buyers will be welcomed by the sector.

“An increase in the maximum government bonus available under a Help to Buy Isa – which is currently set at £3,000 – could provide further stimulus for the lower end of the housing market.

“Similarly, an increase in the value of Help to Buy equity loans would support the market for new builds.”

Roxana Mohammadian-Molina, chief strategy officer at Blend Network, highlighted that all eyes would be on this Budget because it marked the last major fiscal statement before Brexit.

“We would welcome initiatives that make housing more affordable over the long term, help build more homes in the right places – as well as the infrastructure needed to support those new homes – [and] change planning laws to increase land availability.

“We are also looking for measures that benefit property markets across the UK, not just the major cities.”

Stacy Eden, head of property at national audit, tax, advisory and risk firm Crowe, said that SDLT had consistently been perceived by the industry as the biggest tax barrier to real estate businesses.

“This is particularly the case in the residential market, where reductions at the top end would be widely welcomed.

“This would free up liquidity in the market, which will ultimately increase housing transactions and sales.

“Investing in planning departments to try [to] get closer to housebuilding targets is of great importance.”

Mark Dyason, managing director at Thistle Finance, said that the development industry could be as pleased as punch with the Autumn Budget, but the acid test was whether what was announced actually translated into reality.

“Over the years, plenty of initiatives to get Britain building have been proclaimed with great fanfare and not one has made a material impact on the number of new homes actually being built,” Mark claimed.

“A big part of the problem, for me, is the fact that housing ministers come and go as quick as Premier [League] managers.

“There’s zero consistency, often zero ministerial understanding of the property market itself and – to top it all off – never enough time to stick to a coherent game plan.

"In that sense, I’d like to see a cross-party working group with a remit that extends beyond the parliamentary cycle, which is imperative to have a material impact on the number of new homes being built."

Dave Trimingham, chief executive, and Richard Laming, senior director and head of economics, both at planning consultancy Turley, called for the government to refine the standard method for calculating housing need; recognise city regions, combined authorities and growth corridors as key drivers of national growth and prosperity; and provide incentives for planning positively above a minimum level.

They also urged the government to introduce stamp duty tax reforms to widen the choice of family homes.

“The population of England is ageing and there is a well-documented issue with the under occupation of larger homes.

“This can, in turn, create access issues for growing households requiring larger properties and pressures at points on the housing ladder.

“The chancellor could consider the introduction of incentives for ‘downsizing’ households moving to housing products for older people.

“Introducing a stamp duty exemption on such products might incentivise moves and enhance availability of larger homes for families and larger households.”