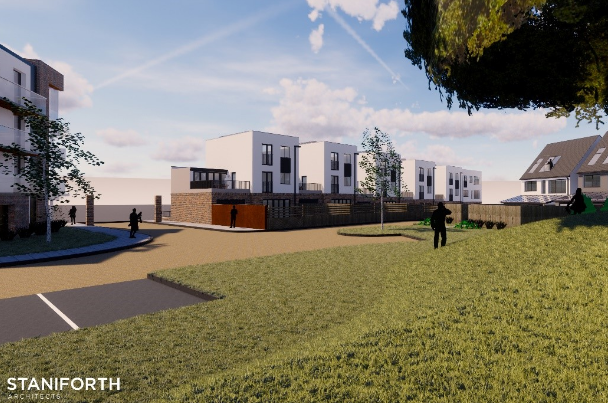 Project Etopia has unveiled plans for its modular commuter village, which is set to be constructed in Corby, Northants.

The modular homes provider said that Etopia Corby would be a model of how villages of the future could be developed quicker and more affordably.

The site at Priors Hall Park previously had plans for the development of eco-homes, but Project Etopia stepped in to purchase the land at the 11th hour after the project was said to have stalled.

Groundwork will commence this month, while construction for the 47 homes – comprised of 31 houses and 16 apartments – will start in February 2019.

The first four homes are due to reach completion by the end of March 2019 and each unit should take no longer than six to eight weeks to build.

Joseph Daniels, CEO at Project Etopia, said that old building techniques were exacerbating the house crisis and was totally unnecessary.

“Corby is leading the way in showing how villages of the future should be built.

“Modular building is now so advanced, it is senseless to cling to bricks and mortar, which takes longer to build and is far more expensive.

“With a desperate need for more housing stock around the country, it is vital developers and investors finally let go of preconceptions of modular building.

“These are homes people really want to live in and they present huge environmental benefits from being energy neutral to requiring less on-site traffic during the build.”