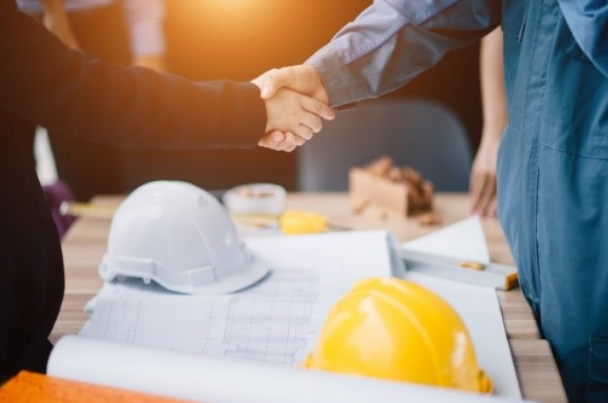 The government agency provided £120,000 worth of funding to the council for the development of four modular semi-detached, two-bedroom properties.

The houses – which were built on former garage sites on Ashington Road, Bedworth – were developed to test the feasibility of using modular housing to increase the pace of housing delivery.

This is the first modular build that the council has completed and Homes England is encouraging partners to use modern methods of construction (MMC) through a range of initiatives and the provision of development finance.

NBBC has already identified seven more sites for potential development over the next year.

Mat Byrne, head of development at NBBC, said “We identified modular development as an efficient and cost-effective solution to respond to the growing demand for housing.

“We started from scratch and worked with a local firm to develop a working model for our homes.

“It’s been a long process and we’ve learnt a lot along the way but – as a result of the pilot – we’ve found that we are able to reduce the build time by approximately 10-12 weeks when compared with traditional build.”

Caroline Cormack, head of home ownership and supply in the Midlands for Homes England, added: “At Homes England, we are committed to promoting modern methods of construction across the industry, so it’s great to see organisations such as Nuneaton & Bedworth [Borough] Council who are willing to not only conduct their own pilot, but also to work with partners to secure a supply chain.”