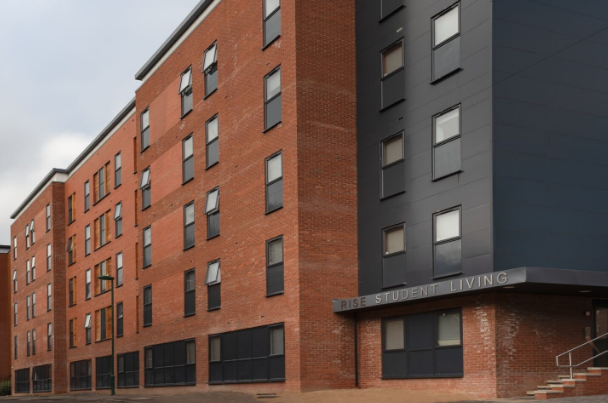 Assetz Capital has provided £6.4m of funding to Winrise One Ltd for the construction of a purpose-built student accommodation (PBSA) scheme in Nottingham.

Construction of the Rise Nottingham scheme commenced in June 2017 and was completed in September 2018.

All units were successfully let to students prior to completion, which allowed the developer to refinance the loan into the mainstream market.

It was the first large-scale venture by Winrise One, which previously completed small- to medium-sized projects across Leicester.

The scheme – situated on Russel Street – has communication links to both Nottingham Trent and the University of Nottingham campuses.

Neil Roper, relationship director for the East Midlands at Assetz Capital, said: “We are seeing growing numbers of university students in the UK, and Nottingham remains one of the country’s most popular destinations for further education.

“This surge in demand has significantly strengthened the PBSA sector, and P2P funding is providing a much-needed capital injection for a growing list of projects nationwide.

“It’s great to see how – in the space of less than 16 months – a major scheme such as Rise Nottingham can develop into a fully occupied building.

“This is testament to the speed of delivery that P2P funding offers in comparison to traditional forms of finance.

“It’s a pleasure to have supported Winrise One in fulfilling its first ever large-scale endeavour, and we are confident the team will continue to deliver first-class projects in the future.”

Blackfinch Property has appointed Phil Downie (pictured above) as an investment manager....

Three global venture capital firms have invested £5m into Modulous, a digital construction firm that is using a software platform to design, manufacture and deliver sustainable and affordable housing across the UK....

Zorin Finance has appointed Vinod Vijaya (pictured above, right) as a lending director within the company’s origination team....

Southern Grove has called for the government to push universities to unlock in full this September....

Silbury Finance has agreed to provide a total £54m of funding for three South East residential developments which will deliver 322 homes for sale....

How to unlock the potential of SME housebuilders

What do we want our high streets to look like now that retail has gone elsewhere?