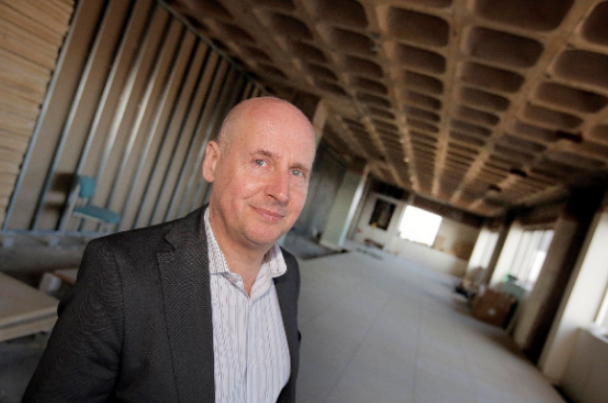 The Studios has revealed that it is planning to build further co-living developments in the West Midlands.

The developer is currently in the process of completing the Studios24 project in Wolverhampton after receiving funding from Assetz Capital.

Following the projected completion of this scheme in December 2019/January 2020, it will look to start on its next development in either Dudley, Solihull or Coventry.

In an exclusive interview with Development Finance Today, Barry Glantz, managing director at the Studios (pictured above), stated that his interest in the West Midlands followed research which claimed that the Birmingham environs contained the most concentrated area of people and employment in the UK.

He added that he would be looking to acquire a site later this year, with development starting in early 2020.

The new scheme would follow a similar layout to the current site.

Five floors have been completed so far at the Wolverhampton development (there will be 11 in total), with the sixth floor due to be released in around four weeks.

Each floor is divided into three apartments — six studios in each of these — with communal facilities on the ground floor, including a laundry, a bar, lounge area and a gym (coming later in the year).

Around ninety-two rooms have been let out so far, while the completed development will provide 201 studios.

Barry claimed that he was interested in locations further afield, including Cardiff, Southampton, Milton Keynes and Leicester.

“…These are all cities [where] once it becomes more natural to have co-living accommodation, more people will take [to] this.”