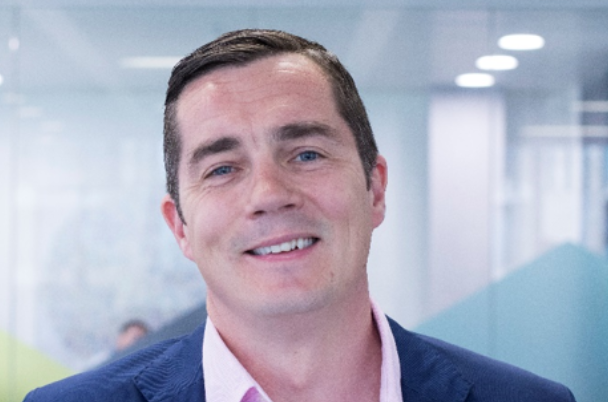 The housing secretary Robert Jenrick got the year off to a strong start when he announced that the government would be making £1bn of funding available through a guarantee scheme to help smaller housebuilders get their projects off the ground.

Jenrick said that he believed the money would “kickstart” building from small developers, and “turbocharge” the housing sector, something I am hopeful he is right about.

It has been hugely encouraging to see this new administration’s determination to improve the rate at which we build homes, and its recognition of the vital role that small- and medium-sized developers have to play in that.

For far too long we have been overly reliant on the national developers and housebuilders, and the reality is that this approach hasn’t worked.

Smaller developers used to play a much more significant role in the housing market. In 1988, small builders were responsible for 40% of new-build homes. This had whittled down to just 12% by 2017. At a time when we need to be building a far greater number of homes, it’s right that the government does what it can to give this sector the helping hand it needs.

Addressing issues over small developers accessing finance is also crucial and, we think, fundamental to opening up this avenue.

In 2017, we produced a report looking into the role of small- and medium-sized firms in the housing market, and it was striking how SMEs in other sectors enjoyed far more financial support than those in property, restricting their chances for growth.

It’s an issue that has been highlighted once again in a recent survey of small builders by the Federation of Master Builders in which builders were asked to score the current level of access to finance (from zero to five).

While the score of 2.15 is much improved on recent years, it still demonstrates that there is plenty of room for improvement. If we are to cultivate a new generation of small- and medium-sized developers, then we need to ensure they can get hold of funding for their projects.

However, the government is focused on delivering this additional funding through banks, which is a strategy we would like to see changed to include alternative lenders.

The alternative lending market is where the vast majority of development finance deals are provided for SME developers, as opposed to high street banks.

Where larger financial institutions do want some involvement in the small developer market, rather than lend directly, they typically deliver a funding line for alternative lenders.

At LendInvest, we have built one of the most diverse capital funding bases in the market, and that includes these high street banks — just last year we secured £200m of funding from HSBC, following on from a funding deal with Magnetar and Nomura.

Large financial institutions are well aware of the opportunities afforded through this market, but they also understand that it takes real expertise and knowledge to lend properly.

By delivering that funding through the likes of LendInvest, they are offering a huge vote of confidence in the way that alternative lenders operate, from how we judge cases in the first place to how we manage the loan and the borrower from the start of the project to the sale of the very last unit.

They recognise that alternative lenders are best placed to understand this end of the development finance market.

Cutting out the middleman

Which is why it’s so perplexing that up to now this hasn’t been the government’s approach.

If the government is serious about providing a badly needed financial boost to small developers, then it can do this far more effectively by distributing that funding through the various alternative lenders that work in this market on a daily basis.

By cutting out the middleman and lending through alternative firms, it would be much quicker and easier to get those funds into the hands of the thousands of experienced and knowledgeable small builders than the current protracted process, whereby huge sums of money are available to just a handful of banks with a reduced appetite for the market.

There is an undeniable air of positivity in the market at the moment, with the caution that gripped developers last year beginning to evaporate. The opportunity is there — by focusing its funding properly, the government could lay the foundations for a stronger, more vibrant housing market for decades to come.

But to do so will require an important change of tack.

GlobalData analyst, Oliver Lockett, offered his view on how the construction industry should use the enforced Covid-19 downtime to embrace construction’s digital future...

The deputy mayor for housing and residential development, Tom Copley, has announced the creation of a small taskforce of leading experts to provide insight into the impacts the Covid-19 crisis will have on housing supply...

Meyer Homes has introduced 3D technology so buyers can view, build and design one of the remaining townhouses at Gabriel Square in St Albans in light of Covid-19 lockdown...

BAM has been appointed as the main design and build contractor for the emergency Nightingale Hospital...

How to get a copy of the next Bridging & Commercial Magazine

Covid-19 has ‘knocked the construction industry sideways’, but we’ll recover

Could MMC be the solution to the UK’s post-coronavirus housing backlog?

Modular housing: positive signs, but there are still hurdles to overcome