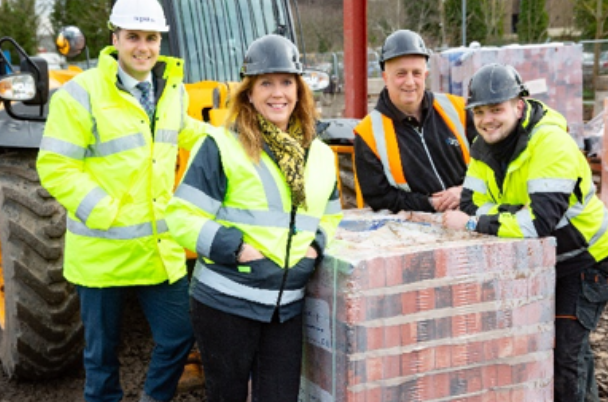 Jenny has launched a business partnership with her son, Tom (right), for the project — which is due to be completed in 2021 — and revealed that they had initially struggled to access quick finance for the development.

“We went to two high street lenders, but it was hard to get the finance we wanted quickly,” said Jenny.

“They had very formal processes and a ‘tick-box’ approach to follow before they’d release the funding.

“What we were looking for was a more hands-on approach from a lender who wanted to understand our business and our plans for the scheme, as well as build a long-term relationship with Tom as a funding partner for future projects.”

Tom added: “The business partnership with my mum is working really well and we are already looking at other projects to take on after we’ve completed the current housing development.”

Jonathan Sally, lending director at Together (left), stated that the specialist lender saw “huge potential” when the case came to them.

Investec to lend £17.5m to fund PBSA development in Bloomsbury

Investec Structured Property Finance has agreed to provide Scape with a £17.5m senior loan to fund the acquisition and development of its Thanet Street scheme in Bloomsbury, London...

Rheebridge has announced that it has sold its 50% stakeholding in Laragh House Developments to Houghton Homes...

Legal & General has announced that it will make all of its new housing stock operational net zero carbon enabled by 2030...

Vistry Yorkshire has warned parents of the dangers construction sites can pose, with children having more time on their hands over the summer months...