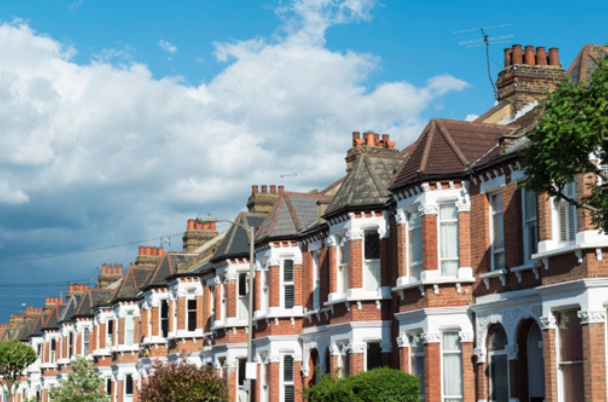 House prices in February were 2.8% higher than in the same month last year, according to the latest Halifax house price index.

House prices showed a monthly increase of 0.3% and in the latest quarter (December to February) prices were 2.9% higher than in the preceding three months (September to November).

“Much like we saw in January, the increases seen in February reflect the continued improvement of key market indicators,” said Russell Galley, managing director at Halifax.

“The sustained level of buyer and seller activity is strong compared to recent years, with positive employment conditions and a competitive mortgage market continuing to support demand.”

“Since the general election result, there has been a step change in property market sentiment,” added Jonathan Samuels, CEO at Octane Capital.

"With the burden of Brexit lifted, the jobs market strong and borrowing rates at near record lows, there is renewed vigour in UK bricks and mortar.”

Jonathan added that “the two key threats to the property market at present are the impact of the coronavirus … and a negative, even rancorous, outcome from our trade negotiations with the EU”.

“What we want to see during 2020 is a rise in transactions, increased liquidity and steady and sustainable price growth.

"The worst thing that could happen to the property market is for it to fall into the same old cycle of boom and bust."

Guy Harrington, CEO at Glenhawk, commented: “We are officially in bull territory, with buyers, vendors, agents and lenders all benefiting from the rapid market recovery.

“The question on everyone’s lips now will be whether the damage that coronavirus is doing to other parts of the economy seeps into the housing market and, if so, just how catastrophic will it be.”

Nigel Purves, chief operating officer at Wayhome, claimed that another rise in house prices was a “positive reflection on market movement”, but also suggested that it “pushes aspiring homeowners even further away”.

“With the chancellor’s Budget around the corner, we hope that Rishi Sunak takes the opportunity to tackle the ongoing supply and demand issues.

“Affordability is key to this, alongside the housing options available.”

Tomer Aboody, director at MT Finance, said: “Let's hope that these positive trends continue, although buyers and sellers are still conscious that Brexit hasn't been done yet and, therefore, the market can still be affected.

“This, along with the potential for foreign buyers to be hit by currency and stock market fluctuations due to the coronavirus — which would negatively impact their buying power — could cause an issue with liquidity at the super prime end of the market.”

According to Jeremy Leaf, a north London estate agent and a former RICS residential chairman, the figures actually showed that house price growth was “slowing slightly”, due to concerns about “affordability, the wider economic picture and how the Budget is likely to impact on these”.

Miles Robinson, head of mortgages at Trussle, added that the figures highlighted that “Brexit-linked economic uncertainty is, for now at least, on the backburner”.

“However, with coronavirus expected to have far reaching economic implications, it’s difficult to predict how the housing market might be affected.

“In the shorter term, we could see activity dip slightly — particularly after lenders were warned to prepare to allow mortgage repayment relief to help mitigate the virus’s impact.”