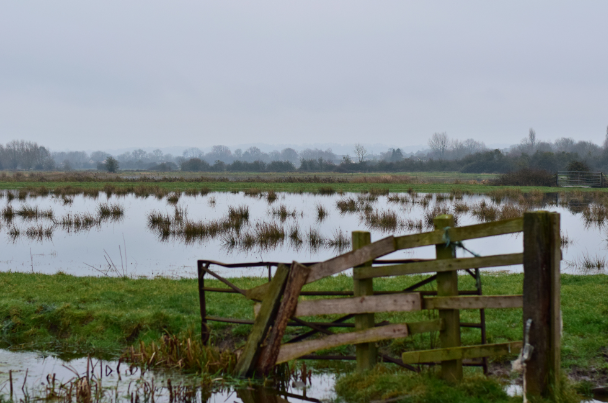 The number of areas deemed phosphate- and nitrate-vulnerable could increase across the country, predicted Dean Swann, technical director at Brookbanks during a recent ‘Planning around Phosphates’ webinar.

The panel discussed the process of obtaining planning approval for the initial residential phases of Taylor Wimpey plc and Vistry Group's Comeytrowe urban extension at South West Taunton, which was followed by a live Q&A.

During the webinar, Dean stated that, since 2019, the phosphate and nitrate issues have spread to multiple parts of the country, including Chichester Harbour, Stodmarsh, and the Somerset Levels.

Based on his diagram presented during the event, he stated that while it was still early to tell, there are talks of this expanding into other areas across the country in 2021.

Matt agreed and believes the phosphate and nitrate neutrality problem will continue to affect other zones.

“I can certainly see it spreading, both for water and terrestrial environments, like it is already for the heathland,” he stated.

When discussing how this could impact the development market in the near future, Dean suggested that neutrality assessments would become more popular and could end up being similar to a fire risk assessment.

“We all do those on sites for risk assessments as a matter of course and, even if work isn’t carried out just for a local impact for the water company to deal with, I can see a nitrate neutrality assessment becoming more prevalent across the country,” he elaborated.

In terms of what developers can do to prepare for the possible eventuality of more areas becoming phosphate- and nitrate-sensitive, Dean advised them to assess what the potential impact of their projects would be.

Tim added that developers working on projects in areas where these issues might be on the horizon should request full permission, as opposed to an outline permission, in order to avoid any complications down the line.

Currently, fallowing land is one of the solutions developers can utilise to mitigate the phosphate levels for development schemes. However, Tim doesn’t think this is a long-term, sustainable solution.

When asked whether there are some technological alternatives, Dean explained that, while water pre-treatment plants — systems which remove suspended impurities, solids, colloids and living organisms from raw water — are an option, the technology is not yet at a stage where it could remove enough phosphates and nitrates for development sites in sensitive areas of the country.

“In terms of the technology, a lot of the wastewater treatment plants are being upgraded . . . we can get the figures down, but it’s not the panacea, unfortunately.

“The amount of phosphates still delivered from those dwellings is still high when compared to fallowing land you’re building on, so you’d still be in a negative case.

“Going forward, I see some sort of movement towards less water use in the house, grey water recycling, and potentially a little pre-treatment on the house itself — however, these all add to the cost of the plot.

"For large developments, that becomes really tricky to implement, considering the cost per dwelling that could generate.”

He added that smaller developments would have an advantage and can be more bespoke in term of these remedies.

“Unfortunately, treatment isn’t at the stage where we’re removing enough phosphate and nitrate just to say, ‘It’s at the treatment stage and everything is going to be okay.’ The figures just don’t represent that sort of outcome.”

In November 2019, Bridging & Commercial Magazine reported on the nitrate neutrality problem in the Solent and how it was impacting developers who were scrambling to meet the new interpretations, with as many as 10,000 houses estimated to have been stalled at the planning stage at the time.

The article also stated that, since over half of England’s land had been designated by DEFRA as nitrate vulnerable zones, other regions could face the same fate as the Solent in the future.